New opportunities in a new age-group

I've been racing regularly since the 23:32 5k on March 11, the most pleasing results in non-parkrun events. The first was at Stirling Ridge in a YMCA Runners Club 'summer series' race — 4.85k of muddy single-tracks through bushland adjacent to Lake Burley Griffin. I placed 19th at 5:31 per km pace on a difficult course, feeling like I'd run well. On April 15 I ran in the Wagga Wagga Road Runners event at Pomingalarna Reserve. It was an unexpectedly difficult course with one particularly steep hill that required walking, compensated by long flowing downhills which were fun to run. I placed in the first half of the field, running 36:11 for 6.66k — 5:26 per km pace at an average heart rate of 142. Again I felt like I'd had a good race. Parkrun 5ks have been mostly tempo or progression runs, not enjoying the cold early morning temperatures.

The interval sessions have been careful and modest so far — 1k repeats at 5k to 10k race effort and some 'fast' downhill kilometres at the weekly BBQ Stakes lunchtime handicap run (I'll warm up for the first 2k before running the third mostly downhill km and fifth steeper downhill km fast). My fastest effort has been 4:15 so that's under the 4:20 I surmised would be necessary to be 'comfortable' at 5k goal pace of 4:33 per km.

Next week I move into a new exciting (and daunting) age-group: the 60-64s! For some races it's 60-69, so watch out you 69-year-olds! At the age of 59 it hasn't been easy racing 50-year-olds! For me, 60 doesn't feel that old — physically I feel like I'm in my mid-40s (besides running slower in races) and I'm looking forward to establishing and breaking PBs for the new age-group. Bring on next week! 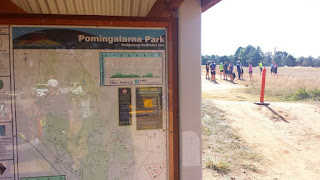 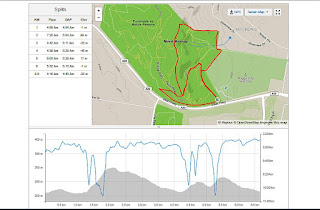