It was a stunningly beautiful morning down at Lake Tuggeranong on Saturday. Conditions were perfect for running fast: cool (about 10 degrees C), dead calm and sunny. I was determined to run a course PB so made a point of having a rest day from running on Friday and only cycling an easy 24k. My warm-up was a tad shorter than ideal (1k of jogging rather than 2 or 3) but the legs felt good during the four strides.

As it was 'Australian Running Festival' weekend, start congestion was less than usual — there were 232 finishers rather than the 300-plus of a normal Saturday morning. I placed myself (a little impetuously) three rows back from the front and lost no more than 2 seconds crossing the start line. Started quickly then settled into a steady pace out of the park. Passed my mate Jim earlier than usual at the rowing pontoon (600 metres) then smoothly negotiated the left-right-left corners near Maccas.

Just beyond Maccas, Jen and son Isaac ran past — "I think we'll run with you" said Jen. If I can keep up was my immediate thought! And so it transpired — Jen and Isaac put about 40 metres into me over and off the footbridge. My legs, energy levels and breathing were all okay so I kept the speed at what I presumed was about 4:30 kilometres. Jen was obviously doing it easy (being a sub-20 5k runner) and was encouraging 11-year-old Isaac to keep a steady pace. Their lead was reducing up to and beyond the turn, but ever so slowly. On the downhill run to the 4k mark I started to feel confident of 'victory', closing to within 10 metres. I was psyched up to run a strong last kilometre. I ran hard, but Isaac surged with 800 metres to go and the elastic was broken. Although the 'race' was lost, I kept running hard, managing a modest sprint off the last 'speed bump' into the park. 30th place and 22:31 — a new Parkrun PB!

Isaac had run a 2-minute PB of 22:18, a fantastic run. I was feeling happy with my time and excited by the thought of running faster in coming months. I'm sure the cycling and sessions of 'strides' are making a difference. My only worry is the sharp drop-off into lactic acid pain (which I also notice when cycling). I don't have any leeway — 4:30 ks in the middle of a 5k feel fine but if I push just slightly faster my legs start protesting. I'm not quite sure what to do about that. 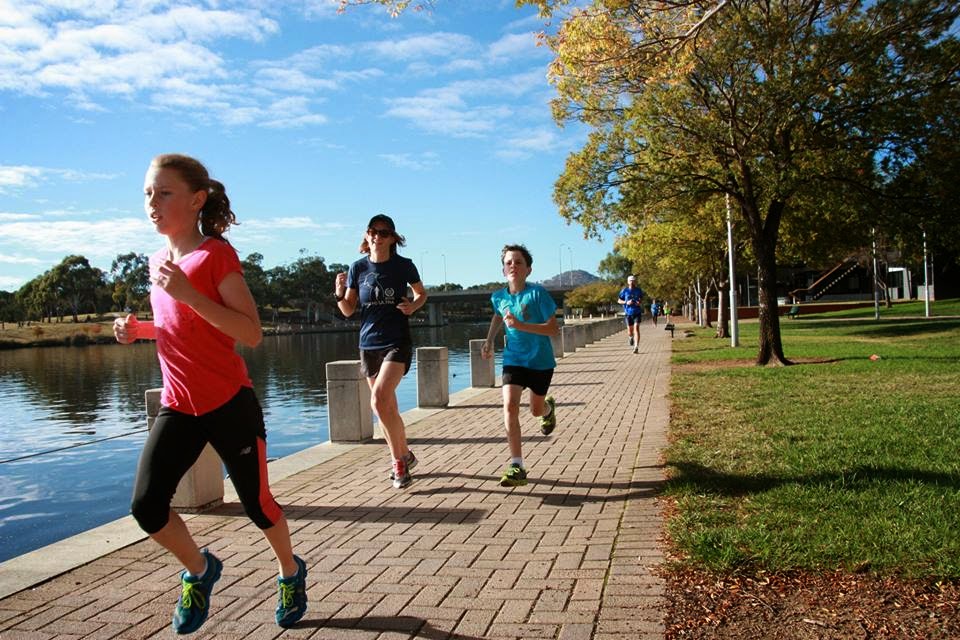 Jen and Isaac surge away from the old wombat 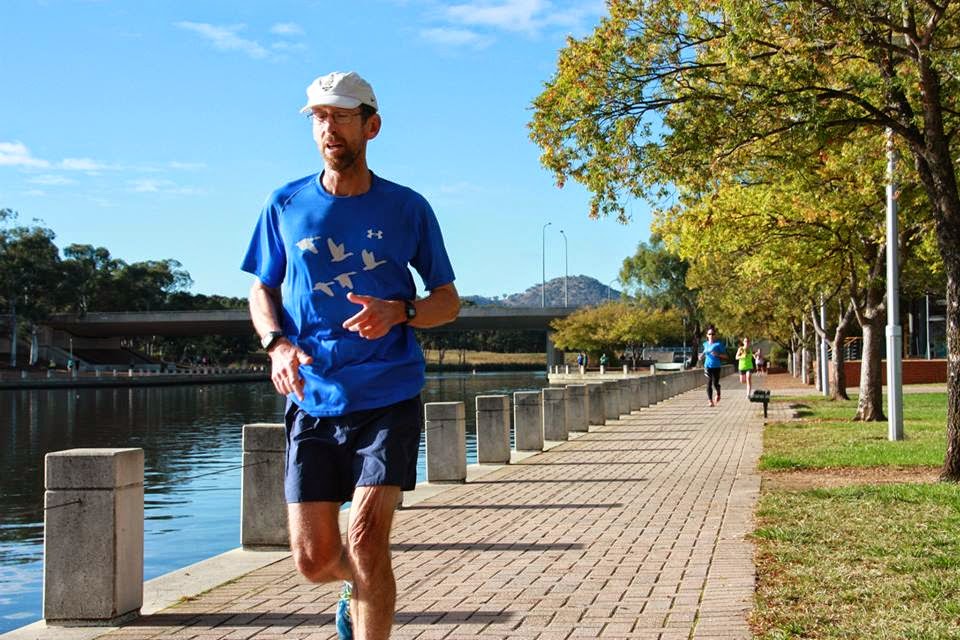 Wear a Speedygeese shirt and you'll run a PB! 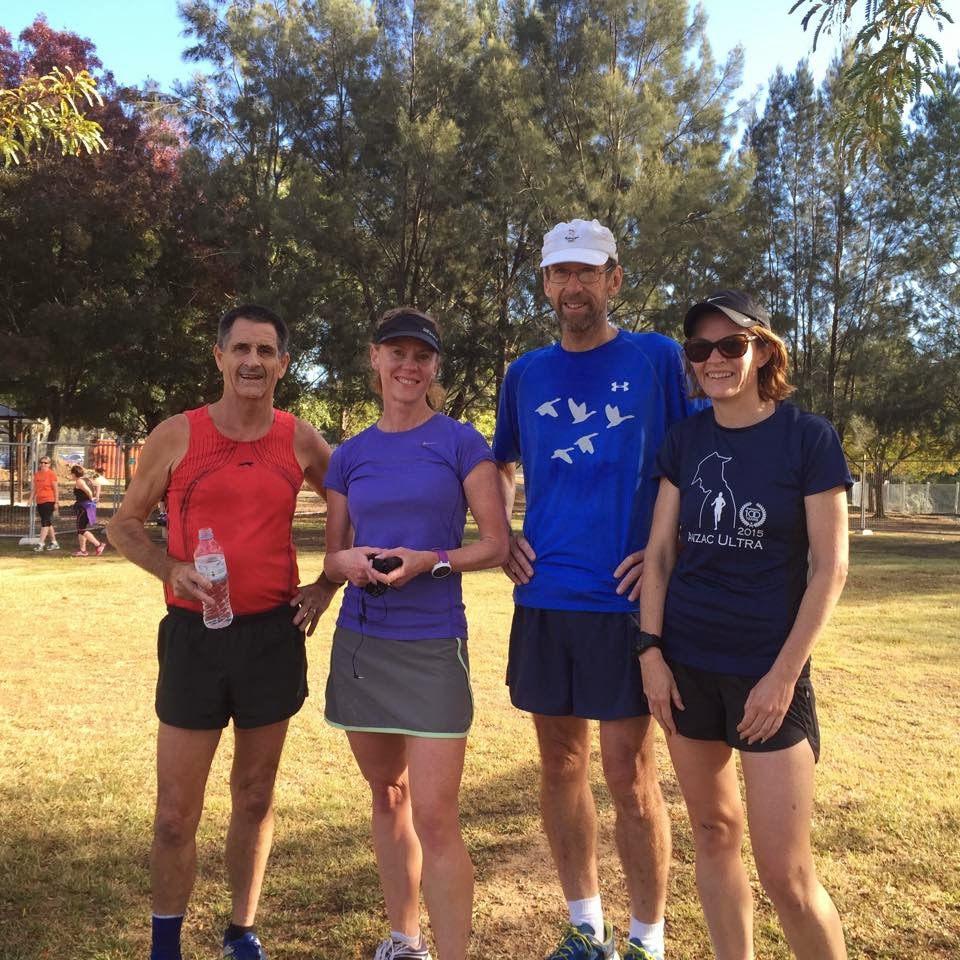 Happy running friends after the Tuggers Parkrun
Posted by Ewen at 8:13 pm 15 comments: