Coming back, ever so slowly

Yesterday I raced in the Tuggeranong Parkrun, my regular 'test race' (and only fast or hard running of my week). It was good fun — I had a race-long tussle with Leonie (the runner who dragged me into injury over the mountains of Majura and Ainslie last October). She'll be the first to admit that 5k isn't her favourite distance: "I've been thinking nervously about this race since Tuesday!" she said as we lined up for the start.

At the rather casual command of 'Go!', 225 runners (and walkers) set off on the twisting out and back course by the shores of Lake Tuggeranong. The first 300 metres was the usual somewhat chaotic scramble through the town park. I found myself running behind Brian Wenn (who quickly gathered himself and made his way up the field, eventually finishing in 22:53). Just before 1k, Leonie rounded me up on a sharp corner so I settled in behind her (told myself that at the time!) as we ran over the footbridge to the eastern side of the lake. The midfield of our Parkrun is popular, so there were many other runners to overtake or be overtaken by. Not long after the 2k mark I forged ahead of Leonie, using Gareth (pushing a stroller) as a bit of a pacer for a while.

Around the turn and back towards 'home' I huffed and puffed away, mainly passing people at this stage. I sensed Leonie running at my shoulder and just before the 4k mark she surged ahead. I ran hard, but it was all I could do to keep the elastic from breaking as we ran back into the park. Finally I was running over the last deceptive hill before an attempted sprint finish. I ran 24:33 for 57th place, with Leonie running a 5k PB just 3 seconds ahead. Next time! My splits had been 5:02, 5:02, 4:53, 4:48 and 4:47.

My comeback to full fitness is progressing well, but ever so slowly. This past week I noticed a sudden improvement in heart-beats per km for one of my 10k courses — 748, down from the 800 or more it had been a couple of weeks ago. If the improvement continues, I'd expect another jump down to the 720s, before another to the 700s. My 5k Parkrun races have also been improving — 26:07 at an average HR of 147 on January 4 down to 24:33 at an average HR of 148 yesterday. My advice to anybody reading this is to never (if you can help it) have more than 3 weeks off running. It takes a long time to come back! 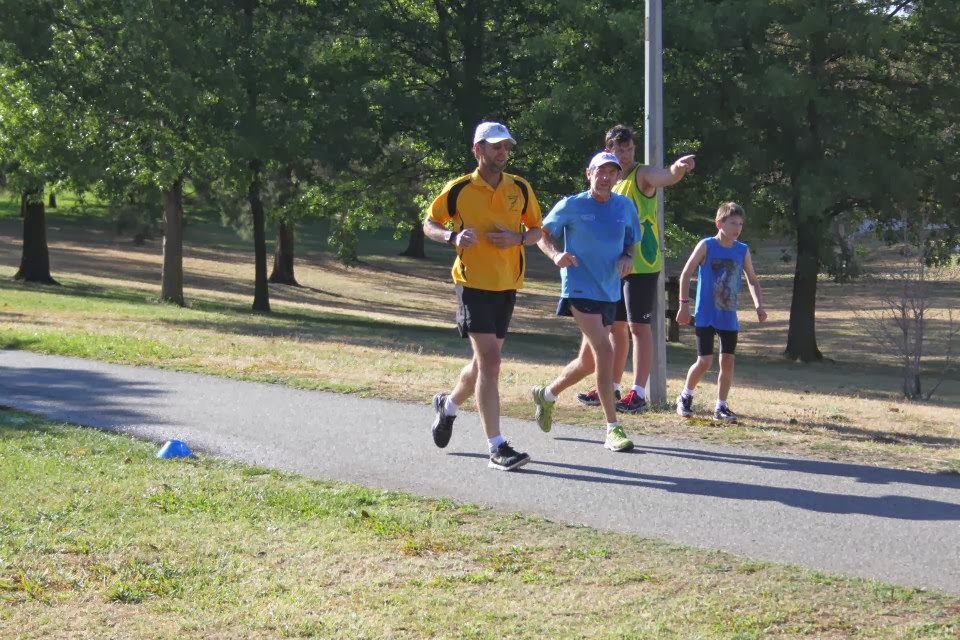 Warming down with Brian (who puts his improved form down to losing a few kilos on a sugar-free diet).
Posted by Ewen at 5:42 pm 21 comments:

A belated Happy New Year(!) to the readers of this blog. I'm back to regular pain-free running, no doubt due to the form changes recommended by Douglas Wisoff in the Youtube video I mentioned in my last post of 2013. Weekly mileage since 9 December has been 8k, 26k, 36k and 50k. I plan to eventually 'hold steady' at around 60 to 70k, the volume that preceded my good race at Dunrossil Drive on August 3 last year. Touch wood!

I'm so unfit! I feel like I'm starting from square three — that's Whitechapel Road on the Monopoly board. Square one (Old Kent Road) would be starting to run after six months of inactivity and a ten kilogram gain in weight. My weight has gone up by about 1kg so I'll blame Mum's cooking and the Christmas excess for that. The last time my heart and lungs worked so hard during 'easy' runs was in September 2006 (following a trip to Canada and America then a calf injury at the City to Surf). On September 29 of 2006 I raced the Customs Joggers 5k in 27:13 at an average heart-rate of 157 (855 heart beats per km). Last Saturday after the modest training mentioned above, I raced the Tuggeranong Parkrun 5k in 26:07 at an AHR of 147 (768 heart beats per km). My 'normal' heart beats per km when racing a 5k would be around 670.

I'm really curious to see how long it takes for my aerobic fitness to return. I'm not going to rush things. I'll do steady MAF heart-rate running, 8 to 10k per day. Parkruns on Saturday as a hit-out type race or maybe the 3000 now and then at the ACT Vets' track prior to the end of the season in April. My race goal for the year is the easiest one I've set myself for many years. I'm over my habit of never achieving yearly goals. Bugger reaching for the stars or the moon — I'm reaching for a low flying satellite! The goal is 21:59 for 5k — not all that easy as my recent best is 22:14 from 2012. It's 70.5% age-graded — 18:18 for a young runner, surely not impossible. 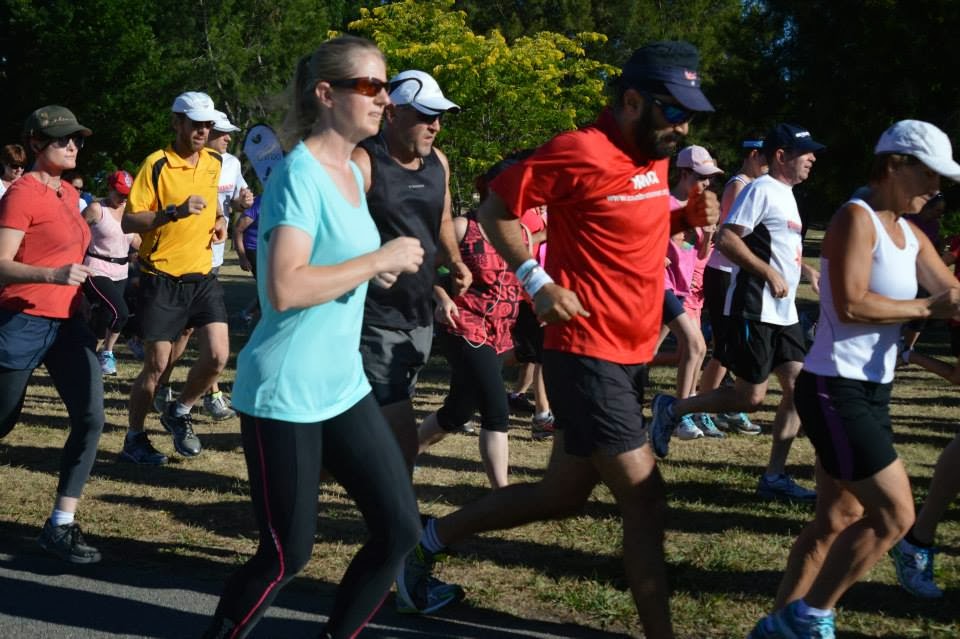