Chipping away at the 5k time

I've had some feelings of improved fitness over the past 4 weeks — barely perceptible at times, but I sense movement in the right direction. Yesterday I had a good Parkrun 5k race, placing 55th (out of 208) and 3rd M55 in 24:00. That's 33 seconds quicker than when I raced Leonie on January 26. Also encouraging is that I trained normally during the week rather than taking two days off prior to the race as before. Average HR was a little lower too at 146 compared to 148 — a good sign.

The race itself was good fun. It was Tuggeranong Parkrun's 1st birthday event and special guests at the run were Katy Gallagher (ACT Chief Minister) and Rob de Castella. They congratulated organisers Kelly and Gareth before lining up at the back of the field for a run. Shortly after the start I found myself running just behind my long-time rival Jim. I tailed him and a girl in blue through the first km before pushing ahead under the bridge. To my surprise Jim struck back shortly after on the footbridge across the lake and surged to establish a 20 metre break. Luckily a lady in purple came past and I latched onto her in an effort to keep the elastic to Jim from stretching too much.

For the last half of the race I was running as hard as possible. Trying to limit the damage and not giving myself a chance of catching Jim. He actually extended the gap to 16 seconds at the finish. I ground to a chug up the slight hill into the park (that felt like the mountain displayed on the birthday cake!). Kilometre splits had been 4:51, 4:49, 4:45, 4:50 and 4:44. So, a happy race in spite of finishing behind Jim, the aforementioned lady in purple and a mum pushing a child in a stroller. Hopefully a sign of more happy races and fast times to come. 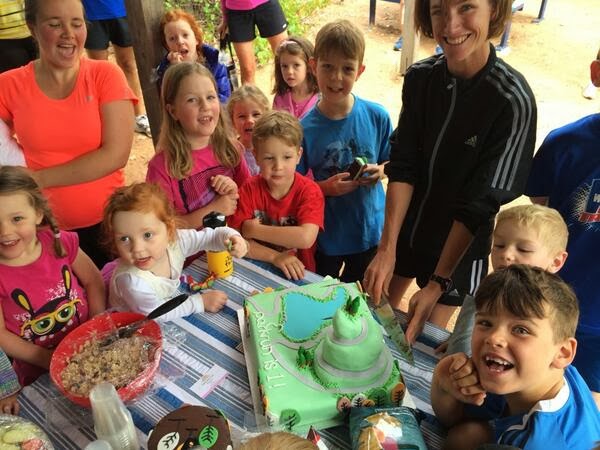 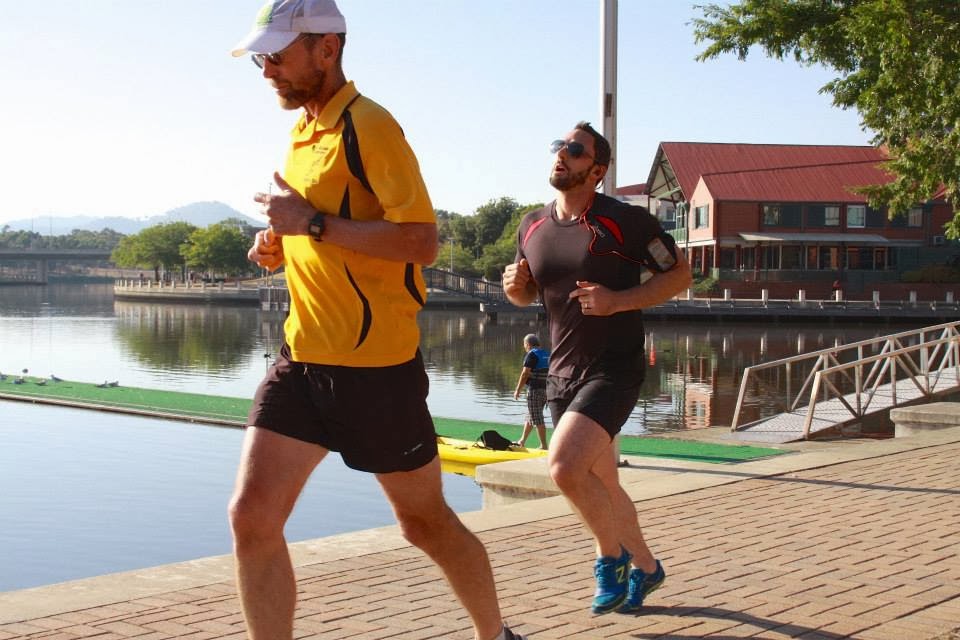 Barely a ripple on the lake during the February 8 Parkrun
Posted by Ewen at 7:06 pm 16 comments: