On Thursday 6 November I was helping at the ACT Veterans Track Meeting and was able to compete in the 'late' 3000/5000 metre race at 8PM. An unplanned race that turned into a good one. The 3k is my favourite distance on the track — long enough to require excellent aerobic endurance, yet short enough to be fun by eliminating the 'this is taking forever!' thought.

After the pack shuffle at the start of the race I slotted in behind Ron Vines with Jim and Roger close behind. Ron is 71 and a very good runner — at the age of 43 he ran 2 hours 34 minutes for the marathon. This race was his tune-up for an attempt to improve the Ginninderra 5k Parkrun 70-74 record two days later (he was successful with a time of 22:21). Ron pulled out a 10 metre gap after two laps. Roger passed me as we approached 1k (4:28) while Jim said "What are you going to run?" I blurted out breathlessly "Under fourteen!" Jim, rather surprisingly, soon dropped off. Roger had passed Ron and I managed to reduce the gap to a few metres, covering the middle kilometre in 4:34. With a lap to go I sensed I was stronger, overtaking Ron with 250 metres left and finishing with a time of 13:32.97 (4:31 last k).

Speedygeoff always (good naturedly) stirs me by saying I have to race old people (or young children) to be competitive. I don't care! I know I'm a very average runner in the 55-59 age-group but I like racing, so I'll race anyone of a similar standard to myself. This particular evening it was Ron — next Saturday at the Parkrun it might be a 9-year-old girl. As an aside, young kids are very hard to beat as they usually possess a devastating sprint finish!

I've been riding my bikes quite a bit, covering around 130 kilometres a week. I'm really enjoying the riding (with the Strava website providing good motivation to improve my 'segment' times). My quandary is fitting in the amount of riding I'd like to do and balancing that with running and recovery. I feel very fit aerobically and would hope to improve that 3k track time to sub-13 before the season's finished. If that happens the sub-22 5k goal is a realistic possibility. On a mild and calm evening! 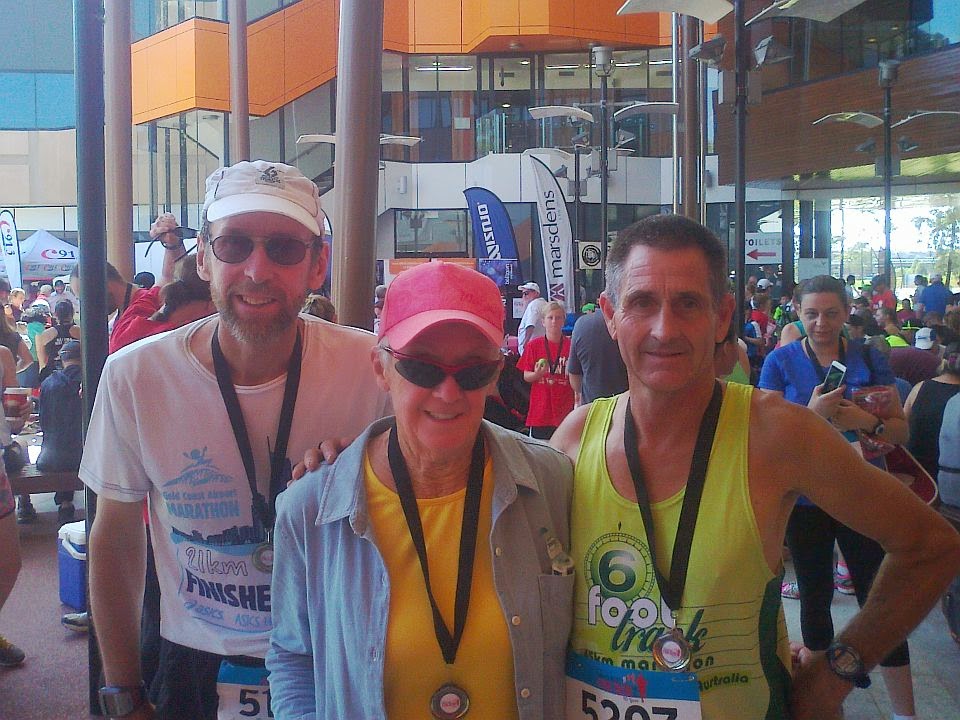 With Norma and Jim at the Fisher's Ghost Fun Run last Sunday. Norma placed 3rd in the 'Over 70' category. She's 85! 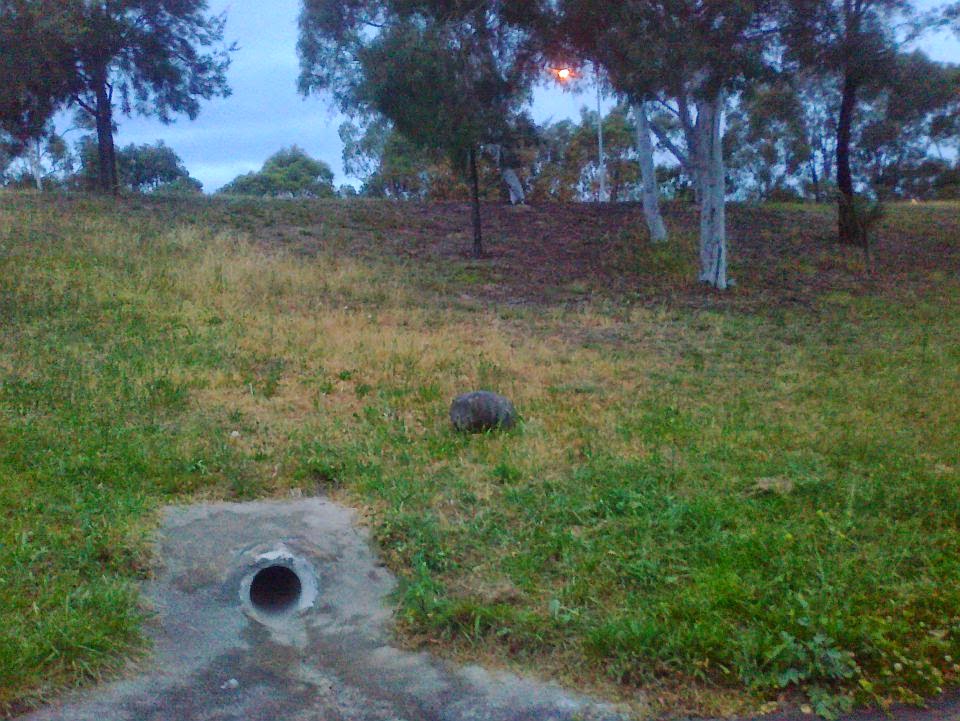 I was lucky enough to spot a young wombat during one of my recent bike rides. Very cool!
Posted by Ewen at 6:51 pm 21 comments: