Inspired by Harley's 2:50 marathon on ten miles a week (plus a lot of cycling!) I've been rediscovering the boyhood joy of riding a bike. Forty-plus years ago I was into cycling as a teenager (as most kids were in those days) — riding to and from school; heading out for all-day jaunts in the summer holidays and even completing a couple of multi-day rides including a memorable one from Wagga to Melbourne via the Victorian Alps.

I've bought myself a couple of new bikes (to go with my '96 Cannondale R400 — bought when I was briefly into triathlons): a nice lightweight aluminium 650B 30-speed mountain bike and a Trek FX 7.5 aluminium 18-speed road bike (more versatile and comfortable than the Cannondale and almost as fast). Daylight hours are lengthening so I've been heading out for rides some afternoons as well as running around 40 kilometres a week. I've joined Strava (a web-based and mobile application) to log my rides (and runs). Strava is good fun as there are many cyclists in Canberra, with most cycle paths and trails having established 'leaderboards' on which to try and improve one's PRs for the various segments.

My races have been going well — nothing spectacular, but some solid results. 5k Parkruns in 23:23 and 23:20; the Canberra Times 10k in 48:03 and last Sunday, the Blackmores Sydney Harbour Bridge Run. This one is advertised as 'Approx 9.0 kms', but is certainly longer. The timing results on the website show it as 9.23k, which seems correct — after running sub-5 minute ks most of the way, my '9th' k was 5:56! Anyway, my finishing time was 45:23 (4:55 per km at an average heart rate of 145). This result compares quite favourably to my race in 2007 when I ran 44:01 at an average HR of 144. There were 11,960 finishers and I just squeaked into the first 1000. More importantly I felt good during the race and competed well against a few distinctive runners including a lady running with a 'Canadian' white/red jacket tied around her waist (it wasn't cold!). I hope you're all going well. I'm a little behind in blog-reading, but hope to catch up over the coming days. 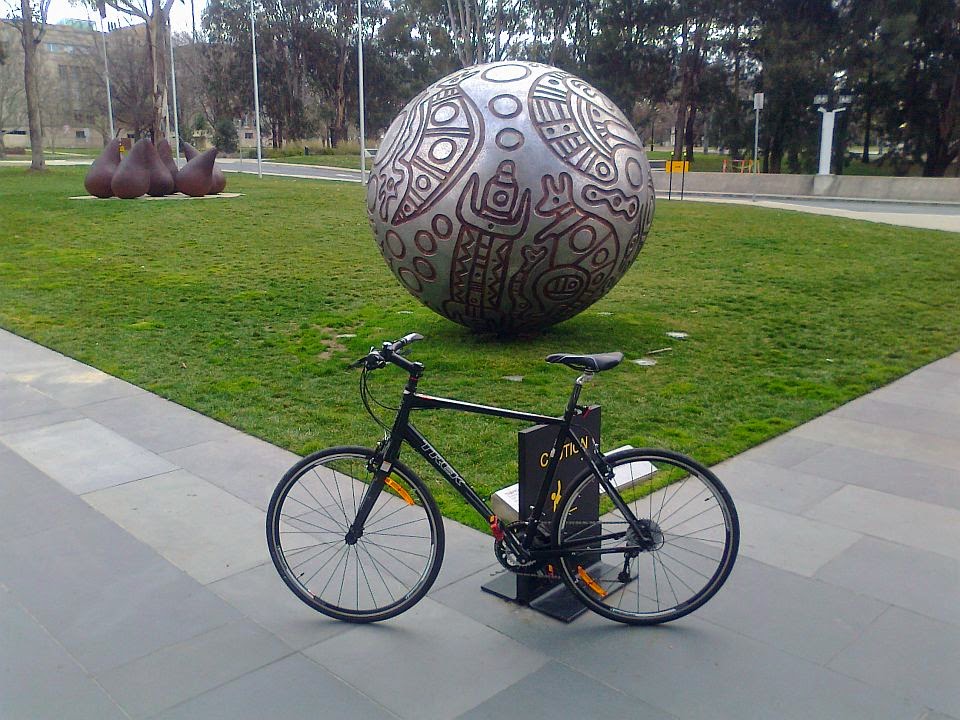 National Gallery stop during a ride around LBG 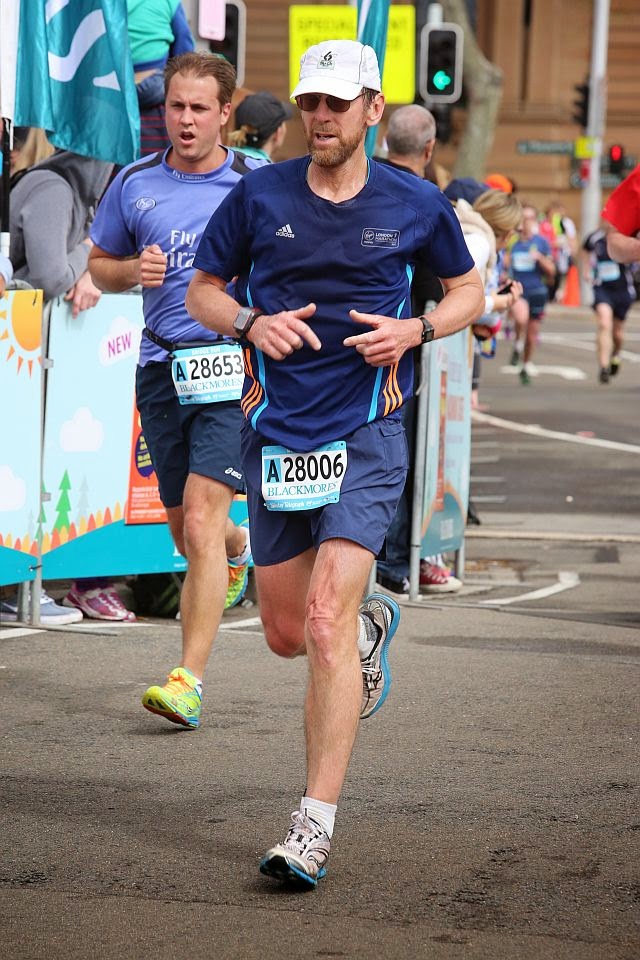