Lauren Fleshman: Too cool for school

I imagine most fast young runners ask themselves the question: "Am I talented enough to make a career out of running?" For myself, the answer would have been a resounding "No!" (if I'd been a competitive runner in school). I started running at 23 and it took me seven years of training before I could break 18 minutes for 5k. I was born slow.

In spite of being born slow, I still love running and racing. I'm actually happy that my talent for running wasn't even borderline good enough to contemplate running professionally. The runners that do run full-time need to find that delicate balance between injury/illness and running spectacularly well. Two runners who now find themselves on the wrong side of that balance are Benita Willis and Lauren Fleshman. Benita is well known to Australians, but Lauren is not. I found out about her a few years ago when I was looking online for examples of running drills. Here's the video I found.

Lauren writes well and a recent blog post talks about her rehabilitation from persistent foot pain. She went on a road trip from Oregon to Phoenix to seek help with her injury. On the way she invited Twitter followers to comment on photos she took of the scenery. I left a comment wishing her good luck with the foot (not expecting a reply), so imagine my surprise when she did so saying "Thanks Ewen." What a thoughtful person! I hope she overcomes her injury and makes it onto the US team for the London Olympics. I'll be cheering her on.

Twitter timeline on the day Lauren said "Thanks Ewen."
Posted by Ewen at 8:33 pm 17 comments:

A day off and Japan

I took a day off from running on Friday — hadn't missed a day in the previous 41 and could feel I was in need of a rest. My heart-rates on runs have been a little on the high side for a week or two. After the day off I enjoyed a particularly good long run on Saturday morning with my mates: Geoff (and a couple of his Metro runners for a while), Ruth, Emma and Andy.

We ran beside the lake and then through the bush around Mount Ainslie for a distance of 20k in 2 hours and 9 minutes. In my book that's a long run for a 5k racer. Afterwards we met up with a couple of other friends for coffee (and lunch) at the War Memorial café. The perfect morning! Today's run makes 91k for this week and 380 for the past four.

I have running friends living in Japan, and thankfully they and their families are all okay. Bob is actually racing the LA marathon in California today. Go Bob! I found a website via Twitter last week where runners around the world are coming together to raise money for British Red Cross which is helping people affected by events in Japan. It's called Run For Japan. The first runner was Paula Radcliffe (I was the 42nd) and now there are 242 runners who've run 3,481 miles. The website's goal is to run around the world (24,901 miles) in 28 days. 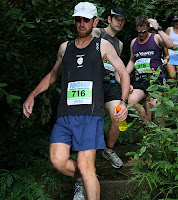 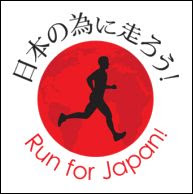 Will POWERbreathing make me faster?

I still have my Maffetone 'patience phase' of training rolling along. Just making slight adjustments week to week — I'm finding that 90 to 100 kilometres weekly is a manageable amount of running to fit in around my sometimes long hours at work. Last Thursday I ran on the immaculate grass of the Calwell 400m track — eight 200s to remind my legs of the speed needed for a 20-minute 5k. A neuromuscular workout of sorts. I had a rough goal of 48 seconds for these and averaged 47.8. Walked back across the infield for a full recovery. They felt OK — like I could have run faster. I held back as I didn't want to get into any sort of high heart-rate or lactate accumulation territory.

I also purchased a POWERbreathe 'Sports Performance Plus' inspiratory muscle training device after reading some interesting research evaluation blog posts from Canute. Does anyone use one of these? My experience thus far is positive. On the first day I found it very hard to do ten breaths on the easiest of ten levels. Thought I'd purchased the wrong model! Now I'm up to 30 breaths twice daily and can foresee increasing the difficulty level and number of breaths to 2 x 30 twice daily. The POWERbreathe people recommend having the level set so that one 'fails' at 30 breaths.

I think this type of training might be suitable for people racing distances of 10k or less. For marathoners, breathing doesn't seem to be a 'roadblock', but it can be for distances where lactate accumulation is higher and for hilly races. Speaking of hilly races, the Six Foot marathon was held on Saturday (the first time I've missed it since 2003). Thought I'd leave a link to a video showing the amazing sure-footedness of female race winner Anna Frost. She recorded the third fastest female time in race history — 3:52:48 for 45k of mountainous trails on a hot day. Amazing. 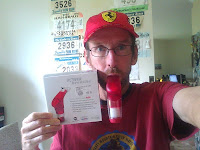 Being a Ferrari (cap) owner, I can afford a POWERbreathe
Posted by Ewen at 2:27 pm 19 comments:

Scott Brown told me of the great story from last Sunday's Tokyo Marathon — the one about Japanese runner Yuki Kawauchi who placed 3rd in 2:08:37. This was a 4-minute PB from last year's race and 9 minutes faster than his PB from 2009 (2:17:33). The amazing thing about Kawauchi is that he fits his training around a regular 9-hour work day! One doesn't have to live the life of a professional runner to come up with inspiring performances.

If Kawauchi's improved running doesn't do it for you, then how about Ben St Lawrence's on Thursday night? Young (29-year-old) Ben raced the big guns of 5000 metre racing at Olympic Park and came away with a 15-second PB, running 13:10.08. A storming last lap dealt with Chris Solinsky and Matt Tegenkamp, with Bernard Lagat having to drop down another gear in the home straight to hold off St Lawrence and take the win. Four years ago Ben St Lawrence was an overweight (90 kg) door-to-door salesman and party animal. Now that's some improvement!

I'm inspired! And this week, slightly improved. I ran my 10k MAF test on Thursday at 5:38 per km with an average heart-rate of 130 (my fastest speed thus far in this patience phase of training, and the best I've run since February last year). One change I've made this week (after reading a blog post from Canute), is to practise deep diaphragmatic breathing during all my runs. I wonder if I can match the 6% lowering of heart-rate (at a particular speed) that Canute found when using this type of breathing? Even if my improvement is more modest, better ventilatory capacity is sure to help my 5k racing times. I intend to run some trial races on the track in the coming weeks, so I'll find out soon enough. 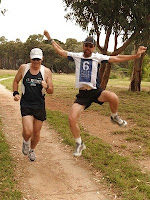